Susan Howell Evans began her organ career as a pupil at Christ’s Hospital, Hertford and, as a young girl, played the organ in country churches in Hertfordshire where her father served as priest. She began her professional training at Trinity College, London reading a degree in music. Her musical heritage at St George’s began soon after she took up post on Sunday May 25th 1973 under Fr Garth Collin.

Susan has been Musical Director and Organist at St George’s Church for forty six years. She has seen off four Rectors (that she can recall) and outlived one organ. Susan has been an inspiration to many young people, teaching music at Prebendal School, Westbourne House, Bishop Luffa and as head of music at Lavant House School. Susan was awarded a Fellowship of the Guild of Musicians and Singers in 1985.

In 2003 she was awarded the ARSCM (Associate of the Royal School of Church Music) for her services as tutor on residential courses (in particular the RSCM Summer Course at Bath), and more recently made an honorary member of the Guild of Church Musicians (2012). She has been the Area Secretary for the RSCM in recent years and strongly supports their work.

She has played an important part in establishing the “Last Friday Concerts” now in its 3rd Series; the interval canapés are an integral part of their success! In between directing the Parish Choir, performing in local choirs, and teaching, she sometimes finds time for walking the dog, enjoying the company of her three grown up children and grandchildren and developing her appreciation of fine wine. Occasionally she does something silly like leap out of a plane for St George’s skydiving team, raising over £1500 towards the Nicholson organ she delights in playing every Sunday. 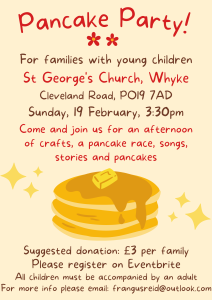 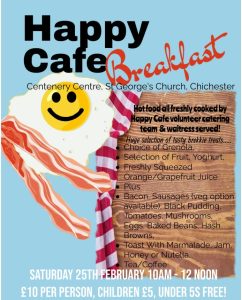 This site uses functional cookies and external scripts to improve your experience.

NOTE: These settings will only apply to the browser and device you are currently using.

whyke.info uses Google Analytics to measure the number of visitors to the website.